Power, Tyranny, and the Twilight of Democracy 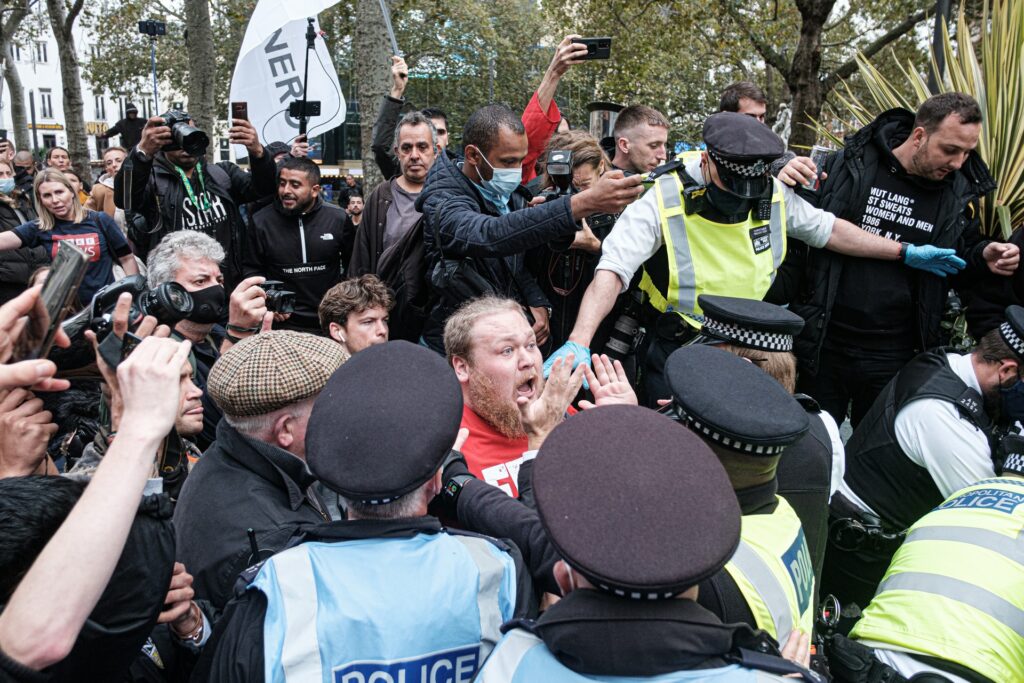 Alexis de Tocqueville foresaw that over time, democracy would become a conservative mechanism as opposed to a progressive one. Ever astute, De Tocqueville realised very early in his examination of the democratic systems in America and in his native France, that although each successive wave of franchise reform would entropically bring about another, yet more sweeping one; along with greater social liberalisation, there would eventually come a point at which the mass of plebeian voters would cease to fuel the motion, as their own basic wants would be contrary to it.

This prediction has been manifested as fact for two hundred years. In rightist, reactionary, and other anti-democratic circles, much has been written about the incessant swindling of the masses by democratic leaders in liberal nations, so I do not feel it is necessary to reiterate them exhaustively in this essay, but suffice to say, the words of Nicolas Gomez Davila ring true. In so many words, he observed that the populace as a whole is robbed of great treasures as the democratic ages dawn, only to be then sold junk at an exorbitant price. This “junk” is the intoxication of arrogant Gnosticism, the delusion of the ‘sovereign people’, and the liquidation of all but the middle classes, so that every man may be assured a bourgeois way of life. A way of life predicated on nothing but material gluttony. The newly enfranchised plebeian will first vote for a war against the landowning and gentlemanly class, whether or not they have become decadent enough to deserve it. Then, once the excitement has worn off, the plebeian realises that his circumstances have not changed, but his bourgeois champions have grown fat and complacent in their looting of the aristocracy. As such, he will vote time and time again, perhaps moderately, perhaps radically, for a larger and larger share of the riches. The bourgeois man, lacking all but money, will concede crumbs and slices from his table to keep the populace from total revolt until the entire mechanism of society is the grumbling of an increasingly dumb populace of gluttons. There is no more direction or greater purpose. There is only a feud between intellectuals who disagree over who should control the usufruct of the aforementioned mess.

Until a few decades ago, this was the complete and true conception of politics devised by the reactionary. Unfortunately, the disease has mutated, the lock has become yet trickier. A hundred and twenty years ago, the dispute between the various bourgeois leaders was strongly pronounced. Philosophical progressives and material socialists sought to ‘advance’ society through reform and attempts at making the populace more like themselves. The conservative faction wore the remains of the skin of the declining aristocracy and distracted great swathes of men in the sugar-rushes of imperialism and nationalism. All the while, engines churned, money was made, and the power of finance continued its rise to masterdom. Come the time of the Great War, and ultimately, all politics was dictated by the hidden forces of balance sheets and buying power.

The difficulty that faces us now is that our masters no longer bother to truly feud with each other. Sometimes they will stage a pantomime for the entertainment of the plebeian class, but in reality, they decided it was far more profitable to work together as one entity a long time ago. And what an enormously fortuitous position they find themselves in! The entire population of the west is buried in material comfort. Even the cleverest minds are totally fooled by the democratic system and the false values of liberalism. Those capable of actually speaking against the tyranny are simply ignored. The film is so convincing that the world outside the cinema has been forgotten. There is no religion. The sole purpose for the continuation of this ‘civilisation’ is the exercise of power and the trebling of wealth by the technocratic elite. Those in the highest ruling class, which is to say, the heads of corporations and non-governmental organisations and foundations, are free to do exactly what they like. Their desires are treated to freedom not afforded to even the most absolute of historical monarchs. Moreso than wealth, more so than power, they have the luxury of privacy, and the dictatorship of subjective morality at their fingertips. Whatever abhorrent rituals they wish to engage in are justified on the principle of principlessness. Their crimes are unpunished because they are immune from the response that a member of the plebeian mass would receive for anything similar. And at present, the populace is so dulled by indulgence and distraction that they do not care. Their sons may be degraded, and their daughters used, but not one of them will lift a finger to stop it. Not because they are oppressed, but because they are immobilised by comfort.

But what happens when the populace does express some opposition? Indeed they did, via the ballot box, the institution that for so long helped in ‘freeing’ them, and raised the swindlers to the top of the hierarchy. The populace has become too conservative for democracy to be permitted. In the echo of that Brechtian joke that the unpopular East German government should “dissolve the people and elect a new one,” the masters indeed tried to dissolve the native populations of the west and substitute a new one from the tawny corners of the world, but this was not far enough. Democracy is now in the process of being dismantled. It does not matter how many people vote against the march of “progress”, nor how many vote for it. On results day, the computers will declare a victory for more measures to buttress the rule of the technocrats, and due to the elite monopoly on truth, a good measure of the population will celebrate like dervishes each time it happens, as though there was any chance that the result would not be in their favour.

As such, the reactionary must now adapt to this change in circumstance. We can no longer simply level our critiques at liberalism. But as ever, our history has not let us down. Plato knew that democracies give way to tyrannies, and now we have entered the latter. There is no further pretence of ‘democracy’ or ‘liberty’. There is now a sole, uncontested status quo, under a party of Pharisees and regional satraps in places of actual heads of state. They leave us nowhere to run. They represent one order, the merchant order, and their actions are guided only by a desire to see the state of being continued. As such, we as reactionaries are granted unusual freedom; freedom of mind and action, to devise new ways of intellectual resistance. As the hammer of authority becomes yet more arbitrary and forceful, so it becomes blunter and more careless. Always remember, the job of a reactionary is not the resurrection of some lost past for which we are nostalgic. We do not wish to return to anyone age or year. The purpose of the reactionary is to discern, via history, the values of ages that we admire. Ultimately, the supremacy of particular values is what motivates all civilisational action. Ours is a society that has replaced any and all values with vices, so our task is to again restore the supremacy of, to name a few, hierarchy, spirituality, orthodoxy, localism, aristocratic supremacy, and beauty. We must be the curators of these values both materially, by creating and keeping great works of literature and art, and immaterially, by totally embodying the values we wish to save, and becoming men capable of standing amongst the ruins.

All empires collapse in the end. Some by pressure from the outside, and some by stress from within. This one, I think, will eventually begin to crack when the weight of its material obesity and greed for easy, technologically-augmented life begins to become unsupportable. Though we should never doubt the ability of the rulers to engineer new ways of keeping a lid on any problems. And of course, it is not foolish to imagine that after a few centuries of imperium, we might witness the conversion of a new Constantine.