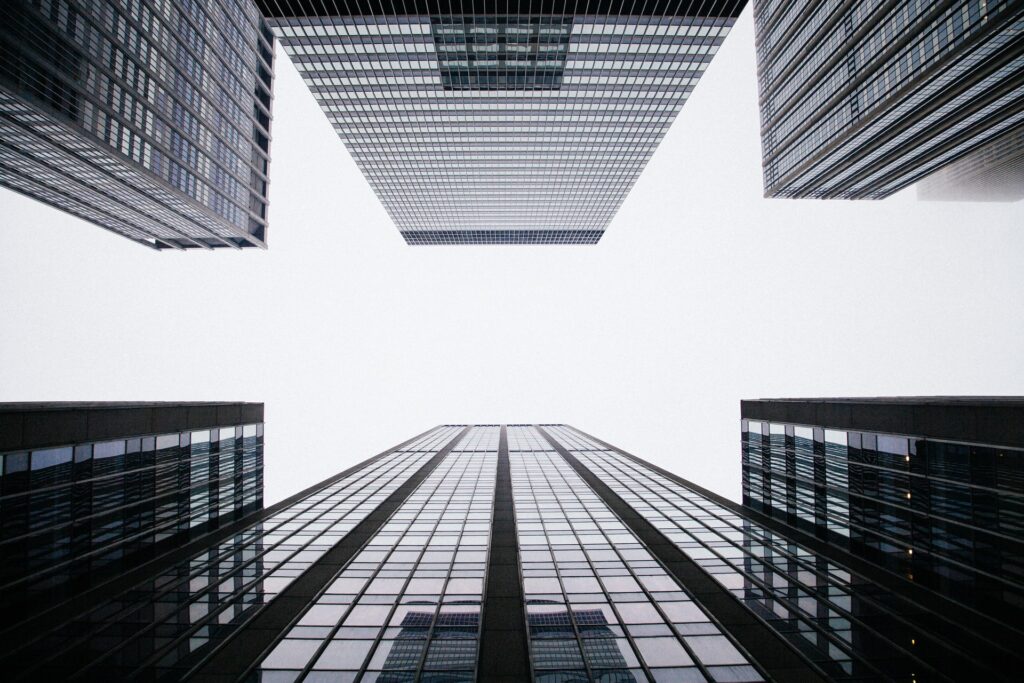 A fundamental lament about modern industrial society is the atomization of society. Individuals struggle to find meaning in social orders that destroy and subvert traditions. A valuable line of questioning rests at the very beginning of industrialization: Why?

Advanced tool use is a hallmark of humanity. We define industrial tools which extend the
division of labour and enable mass production. There are some natural consequences of this that are
inherently undesirable.

Urbanization contributes to atomization and crime. The digital age leaves many people with no physical
proximity to the people they interact with, with consequences that have yet to be fully appreciated. The
cheapness of things creates a materialist and consumerist mode of life. But are these consequences of industrial society itself or a consequence of something particular to our case?

Industrialization, Division of Labor, and Atomization

Industrialization is everywhere within modern society. Even an artisan’s hand-crafted work is more likely
created with mass-produced tools than with traditional means.

A History of Industrialization

What we overlook when we think of industrialization is that it is ancient. The medieval world was highly
industrialized, with milling, fulling, and lime production all having similar roles to the modern
innovations of processed food, synthetic textiles, and nitrogen-based fertilizer.

While it is in vogue to scoff at these things as unnatural and harmful, they are no more unnatural and
harmful than their predecessors. Humans have always shaped their world. The technical innovations of the modern-day make it possible for more people to have what we think of as artificial lives, but the division of labour and technical specialization that is believed to be the product of the industrial revolution existed much longer. ( See Stephen Carson’s overview for a tremendous layman-friendly summary of the medieval industry.)

There were separate classes that produced the equivalent of consumer goods, each with its own highly
specialized set of skills. The guild system and prevalence of proto-industrial fixtures like mills. This boom in productivity did not destroy the social fabric of Europe but contributed to the community
that formed around both local and large-scale institutions like the Catholic Church.

Modernity has a hyper-abundance that the pre-modern industrial societies lacked, but technical
specialization was present in earlier forms of society that we regard as superior to the 20th century’s
progressive social order.

There is no reason this hyper-abundance should not lead to a better society that avoids the pitfalls of
atomization.

However true it is that industrial society makes demands of people on a broad systemic scale, most
people choose to be part of the system.

Theodore Kaczynski, an explosive critic of industrial society, sums up diverse arguments by pointing out
that our modern world has built itself in such a way that it deliberately stamped out non-industrial ways of life.

As we have seen, these non-industrial ways of life are not so non-industrial. Even the Amish mill their grain, however much they may prefer the work of muscle to the work of motors. It is possible to argue that materialism deceived some people, or else that the barrier to exiting society is too expensive, and there is certainly some truth to this.

Why would people who recognize the destructive consequences of atomized modern life not choose
to reject industrial society entirely? Further, why would a society that compels membership lead as it
has to the alienation and atomization prolific in our modern-day?

Because it is not industrialization itself, but the manifestation it has taken that is worth attacking. Let us look at the simplest precept of praxeological reasoning: that people act in a purposive fashion. To assail this point is to side with Rosseau, Marx, and Freud’s theories of repression and false consciousness. These are popular, to be sure, but their popularity stems from their utility as an excuse for poor behaviour.

Taking a Misesian course, the incentives of industrial society are strong. To the degree that atomization
is voluntary, it must be the consequence of decisions. Then we must analyze from a different perspective.

Atomization and alienation cannot stem from voluntary choices unless they are the chosen aim or they
are unforeseen side-effects.

Industrialization has become the norm because we perceived it as desirable, and this was not some
naïve venture plunged into by fools. The people who set the industrial machines afoot were themselves
the inheritors of a broad tradition.

That there are innovators who destroy society and guardians of tradition who destroy change is a dualistic fallacy. The traditional conception of knowledge includes a healthy respect for technical arts.
The modern fixation on science is closer to the traditional fixation on witches and sorcerers, with many
modern figures who the masses revere as scientific wunderkinder being, in fact, little better than
charlatans conjuring up images of spirits. We can, of course, extend this condemnation even more easily
to the figureheads of science, the non-technical sorts who run bureaucracies and NGOs while making
dubious predictions that need never come true.

We can divide industrialization then between technical arts–which improve life–and industrial society,
the latter being the social constructs that have come about with the Industrial Revolution and the
Progressive Era.

With every major critic of modernity pointing to our way of life as an impediment to spiritual and social
wellness, it is worth asking what forces desire atomization and alienation.

Industrialization itself does not. Global trade–applying here the Austrian definition of trade as voluntary
exchange–does not.

However, large homogenous societies have required this since their earliest conceptions. Plato’s Republic rests on a foundation of abolishing the family. Rousseau’s concept of the perfect savage carries itself forward as a rejection of intellect and experience.

In France, where secularism is the overt rejection of all traditions which define differences between
people, the consequent egalitarianism is clearly responsible for an acceleration of social atomization.
Great social and political theorists have picked up on this. Erik von Kuehnelt-Leddihn’s Liberty or Equality is an explicit response to the modern secular state, but it is a partial picture. It successfully identifies the source of modern social ills, but not their origins.

It is the elite theorists–Burnham’s Machiavellians–who have a clear understanding of the origin of
modern society’s ills.

Democratic Society and Its Future

Social democracy–and even the West’s mainstream conservative democratic factions are social democrats–occupies the role of religion. No more will the faithful look to God for sustenance. To
abstract even more broadly, we replaced the psychological role of the universe as a battlefield for
survival with the patronage of a state.

The state–and particularly the democratic state–is always an enemy of tradition, because the state
needs to exist in all things. It is a jealous god.

In The Ruling Class, Gaetano Mosca lays out an idea of what it takes to create a political organism like
those of the modern nation-state and the global-state that progressive thinkers have desired since the
days of H. G. Wells:

“But a political organism, which has a population that follows one of the universal religions, or is divided among several sects of one of them, must have a legal and moral basis of its own on which the ruling class may take its stand. It must, therefore, be founded on a national feeling, on a long tradition of independence, on historic memories, on an age-old loyalty to a dynasty on something, in short, that is peculiar to itself. Alongside the general humanitarian cult, there must somehow be a, so to say,
national cult that is more or less satisfactorily reconciled and coordinated with the other.”

This quote is from the 1939 edition translated by Hannah D. Kahn with an introduction by Arthur Livingston.

In the traditional sense, all social orders depend on hybridization between the local religious beliefs
and the local civic beliefs. These are not wholly independent, since universal religions demand a tithe of reverence from everything within a society, and the civic orders will influence religious thought through concessions to common practice and necessity.

Secularization has attempted to alter this trend. No longer is there any alternative to the civic religion: in both the public and private domains of worship there remains only the state. One cannot function in a religious sense if one does not maintain some degree of sacred separation from the world, and this
requires the sacrifice of some element of civic power.

If the President of the United States adhered to the canon laws of the Catholic Church, he would be at
odds with the civil laws of the United States. Only democracy, with its nominal horizontal hierarchy of
accountability only to equals, can permit such an arrangement. The myth of the first among equals
permits a democratic leader to behave with no morality other than the base morals of the mob.

It is a mistake to personify industrial society. While it has become a system that controls our lives, it did
not spontaneously come into existence. The society we find ourselves in is the product of the power elite.

I believe that the most obvious answer to the negative effects of the system is that they are intentional and stem from a desire to create a democratic civic religion to replace the traditions and cultures of once-independent people whose values would not permit such a system to come into being without safeguards and checks against its influence.

Technology itself, properly understood, is a tool. As a tool of the power elite, it will lead only to the
strengthening of the power elite. This is not the nature of technology and industrialization, but it is the
character it has taken under the influence of social democracy. 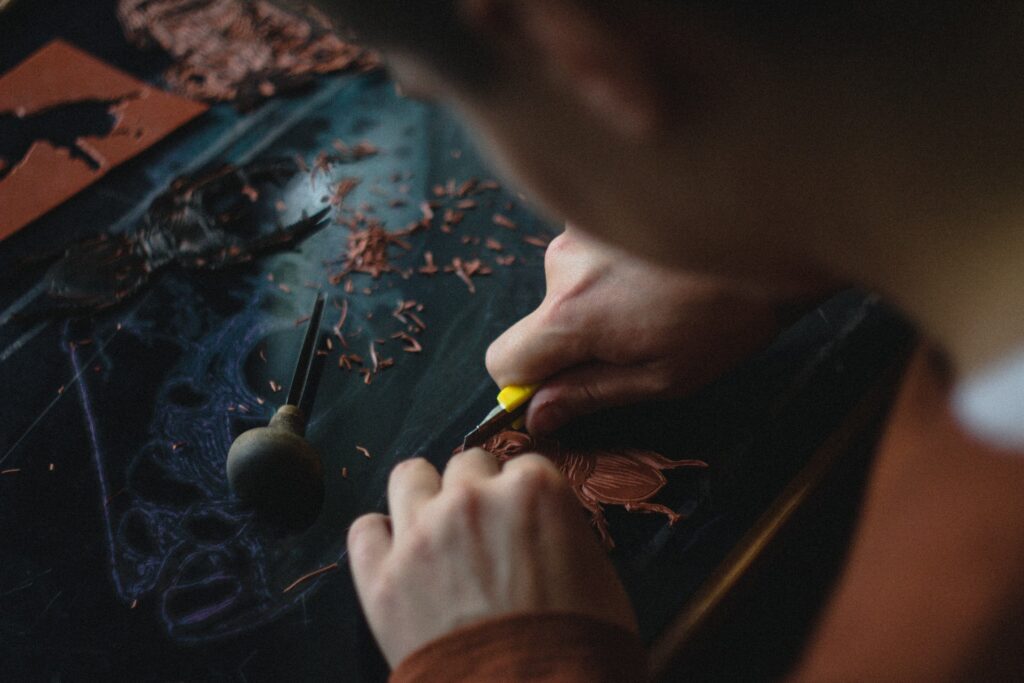